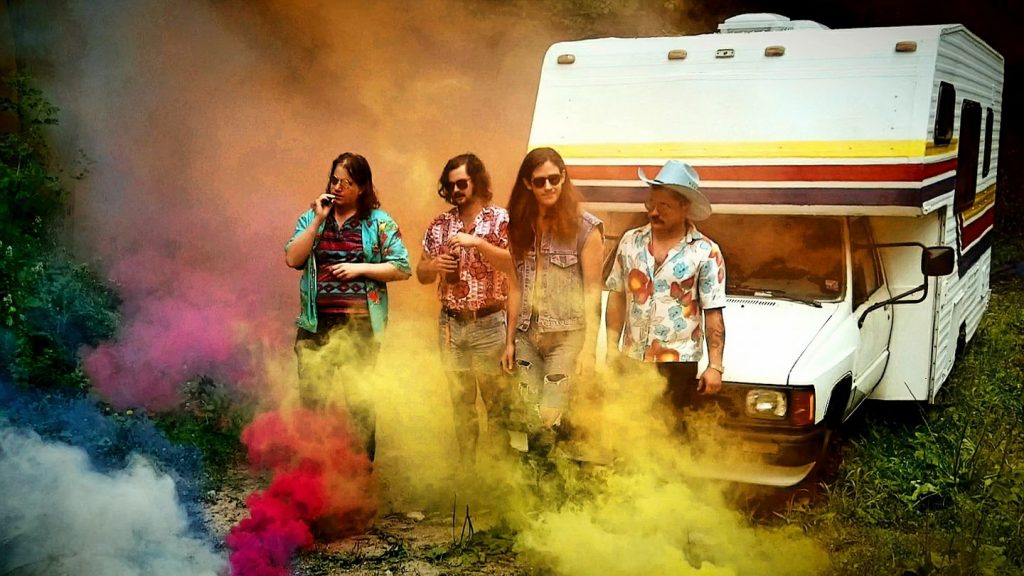 The PLATINUM BOYS, who hail from Milwaukee, Wisconsin, USA, are an interesting band. The initial impression one gets from the PLATINUM BOYS is that they cannot possibly be completely serious about this whole, you know, rocking thing – that they must be some kind of stoned in-joke, taken to the unfortunate extreme of actually appearing in public, likely for purposes of self-amusement and/or winning a bet. This initial impression is dispelled in brutishly short fashion once the band starts playing; uncorked, the PLATINUM BOYS deliver a musical wallop that will almost immediately require you to rethink your first impression, your life, and your not having a fresh beer in your hand – though likely not in that order. Against all odds, this unlikely marriage of Thin Lizzy to the Buzzcocks to huffing paint in an unventilated garage manages to collectively summon forth the spirits of the past 50 years of Rock, as seen through the uniquely 21st Century American lens – and, when the dust clears, you still might not be sure if the whole brilliant, mad setup is a joke or not, and if the joke’s on you or someone else. Put more succinctly, The Platinum Boys are likely the only purveyors of musical genius that give the listener cause to suspect their IQ has dropped precipitously as a result of exposure to said genius. Are they genius wrapped in a layer of dumbness? Dumbness wrapped in genius? All genius, all the time? As I said before: The PLATINUM BOYS are an interesting band. (Rev.Norb) 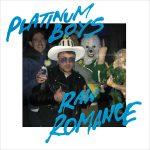 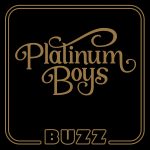 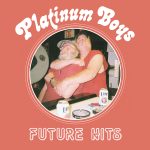 It’s classic rock and power pop that has music and speed and melody to it. But more so than Thin Lizzy, I think our sound comes from living fast and being carefree and weird and rowdy. The music reflects the life that we live.

They’re a bunch of young guys, writing fast songs about fast living. That territory has been covered hundreds of times before, of course, but the difference is Platinum Boys make their debauchery seem strangely good-natured. They bring a kind of puppy-dog cheer to songs about wild nights and overindulgence, making lyrics that might otherwise ring with Mötley Crüe-caliber skeeviness feel as harmless as all those old Beach Boys tunes about cruising around in Cadillacs eating ice-cream cones or whatever it was The Beach Boys used to sing about.

Happens All The Time