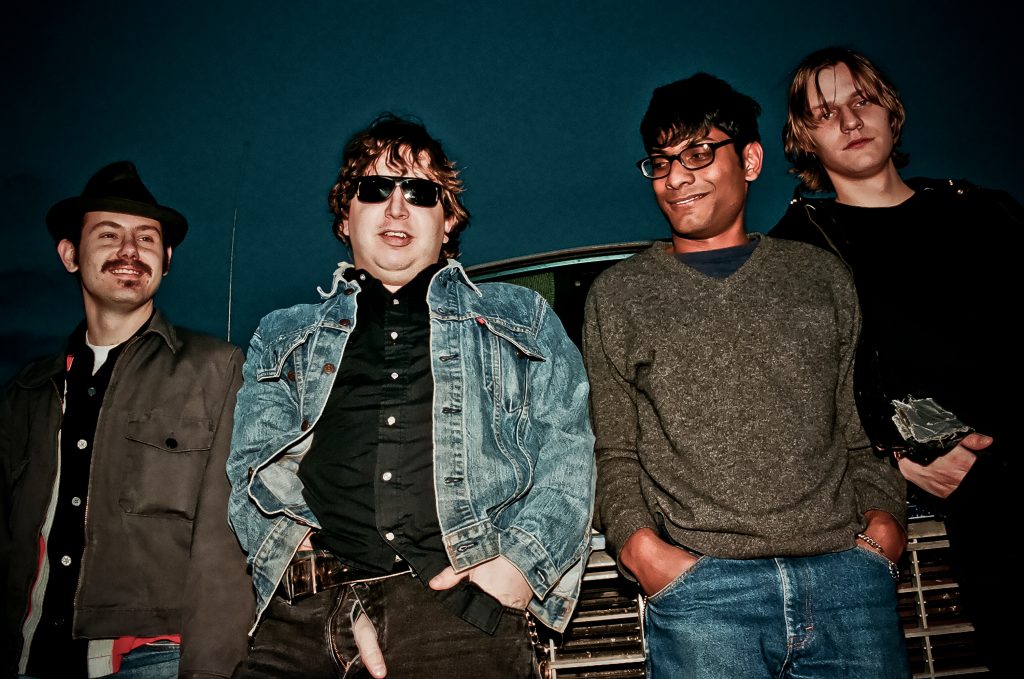 God, it’s been so long, but I’ll be damned if the Guilty Pleasures don’t still sound incredible, blasting out of the speakers on this fine evening. What you have here is the long lost studio album from one of the cream o’ the crop of the turn of the century’s finest rock’n roll bands, firing off at the top of their game, but slipping through the cracks of history… until now.

It would be unfair to leave out their origins, as they were all Chicago transplants from the great ‘burg of Bloomington-Normal, only three quick hours south of the big city, who grew up immersed in the rich rock’n roll culture that this oddly-ahead-of-its time college town provided so very early on, as a haven for the seedy garage underworld. “Real rock’n roll” flourished here like you wouldn’t believe, and everyone could feel its thrilling pulse every time they walked past Mother Murphy’s record store, or saw one of the incredible bands rolling through town at The Gallery. The Guilty Pleasures were no different, and in hindsight, were clearly its best musical byproduct. They came together in Bloomington, roughly around 1997, and as a new Chicago resident uprooted from that area myself, we found ourselves ironically taking the train to O’Hare airport to hop on a bus, headed back down I-55 south to see any number of incredible bands that couldn’t penetrate the wall of indifference in Chicago, booking-wise, at the time – usually with this great new band opening up the night’s debauchery.

They immediately showed promise well beyond their confines, as they got much tighter, more explosive, and quickly outgrew their hometown and made lasting friendships and connections that showed something much brighter up ahead. By the time they’d pulled themselves up to Chicago as their new home a couple years later, this ragingly shambolic band was laying it down as raw and nasty as any of their peers, inciting frenzy, delirious confusion, and hysteric hyperventilation any time they’d grace the “stage” at such spots such as Pop’s On Chicago, Roby’s, and the now legendary Big Horse Saloon. Their debut 7″ single on Sack O’ Shit in 1999 laid down their most notorious anthems for mass consumption at last, yet their looming, never-quite materialized LP, always seemed to escape the ultimate realization.

When the Guilty Pleasures headed up to Ghetto Recorders in Detroit to record their debut album, we (The Horizontal Action magazine crew: Uncle Ted, Larry Loudmouth, Canderson and yours truly) tagged along up the I-94, huffing canned-air pretty much the whole ride, simultaneously blastin’ rods and screaming along to the endless hits blasting out of the car radio. We knew it was going to be an important record, and the trip was a blast, as was the crazy moment we were living in at the time. Windsor Strip clubs, hotel lobby destruction, weird late-night phone calls, and general insanity was around every corner, and this album was the filthy soundtrack. The finished recording was unreal when we first heard it ten years ago upon its completion, and it still sounds just as intimidating today – writhing with slick punk hooks, drenched in the slime o’ the times – yet still as fresh and devastating as the day these songs were conceived. The LP is full of classic songs like “Stretch Marks” and “Endangering” that were so sadly unavailable to the general public for too long. Here’s your chance to revisit this brief period of debauchery and mayhem, now right at your fingertips – so stop that trembling already, and put on one of the era’s best kept secrets of the underground, and one of the Prairie State’s finest rock’n roll messes to ever grace your eardrums. 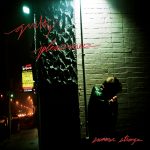 The Guilty Pleasures cooked up a raw brand of late-Stooges-style snot-blood-and-nuts rock 'n' roll, exploding with an unbridled hedonism...

...often tagged as getting lost in the shuffle of a new era of garage rock. They recorded one record. It never came out, but now that's been rectified...

What Did You Find