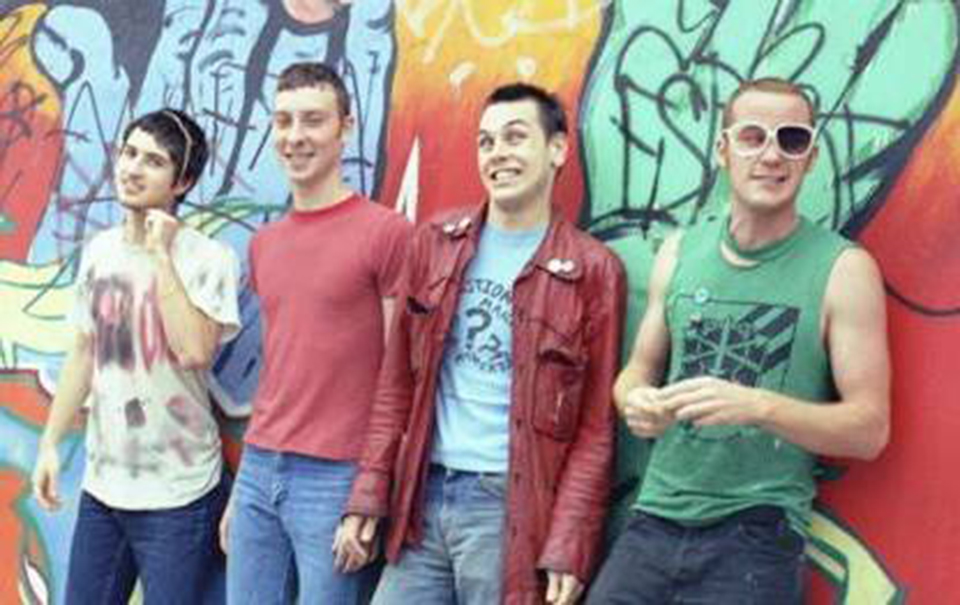 The following is an excerpt of a Black Lips Blogspot entry titled “Bad Ol’ Days” written in 2007 by Black Lips guitarist Jack Hines, detailing the events surrounding the recording of the “Live @ WFMU” LP, in February of 2003.

We were slated to play live on WFMU’s “Dave the Spazz” show and we were chomping at the bit to get to New York. However, the van from the previous tour had completely shit the bed. The motor had seized or blown up or something and the thing wasn’t moving. In the end, Atlanta’s great nurturer Kristin Klein offered her extremely dilapidated Chrysler Town & Country minivan if she and Jane could drive us up there and participate in the festivities. The van was a mess: four bald tires, cracked windshield, full of trash, hood tied down with twine and bungy cords. In short, it was just the type of circumstance that the Black Lips thrive under.

We set out on a clear winters day. I was behind the wheel and we were tailing the Carbonas who were also playing some of the shows. We had barely reached the Atlanta suburbs when the half secured hood of the minivan began to tremble and wobble around like a night crawler. I called it to the attention of Joe Bradley and we decided to press on. All of the sudden the thing flew back and slammed against the cracked windshield. Everyone screamed in unison, just like in cartoons. I couldn’t see anything but bent metal as I tried to keep the wheel as straight as possible. Joe managed to chill everybody out and hung his head out of the passenger side window to guide me to the next exit.

We pulled into one of those quick lube places to see if the guys could put a band-aid on our little problem. The grease monkey presiding over the place ran some screws through the hood and into the frame of the van while making a clear denunciation of any liability if his handy work should come apart again. This was fine with us. We had shows to play and no time to waste.

The highways were covered with a sludgy gray, icy mixture throughout that night’s journey. Finally reaching Manhattan, we barreled through a snow bank while entering the Williamsburg Bridge on our way to Alberto’s pad in Queens. Kristin had the wheel and everyone was frantically screaming conflicting directions to her the whole way. Alberto and Sonia, true believers in our quest, soothed our nausea and anxiety when we arrived with food, coffee and grass.

The day was spent resting and digging Alberto’s stockpile of cool shit. We were set to play WFMU that night and there was a lot of discussion about how we might make our performance as ludicrous as possible. Some of those idiotic plans made it into the performance, greatly tempered by the effects of whiskey consumption.

We got to East Orange, NJ a little early and sat around in the Green Room at the radio station downing Evan Williams. We were all quite nervous, I think. Jane and Kristin were going to accompany us into the studio as a cheering section. At this point, the Black Lips weren’t the hot shit musicians that their fans are familiar with today. We relied on noise and chants and cheering whenever possible to pad out our lack of technical proficiency. The recording of that night’s performance is a testament to this.

So, at the cue from Mr. Spazz, we began roaring through our set. We tried our best to whip up a frenzy in that studio. We butchered a few songs. When I listen to the recording, there are a couple that I’m not even sure what we were trying to play. Jared did a fine job of PR spokesman in between fits of caveman jibber-jabber. Dave the Spazz summed it up nicely at the close of our set, saying, “What a mess.”

The mess of that night had only begun. We called Alberto afterwards. He and Sonia had heard the whole thing and loved it (I said they were true believers). We set out to meet them at some bar in Manhattan, high on a cloud to the last man. In the Holland Tunnel we opened the doors on the van and grabbed traffic cones off the road. We screamed and chanted and laughed the whole way. Nothing could have punctured our drunken joy. 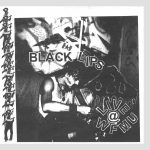 The Black Lips have been evolving exponentially for the entire life of the band, and anyone who knows their head from their ass can tell you that the second you're distracted, they're off doing something new and different...

In their sophomore release, "We Did Not Know The Forest Spirit Made The Flowers Grow," Black Lips burns through ten tracks of spacey, twangy guitars, steady and hard drumming, snotty/shrieking vocals, and rhythmic, yet simplistic bass lines.